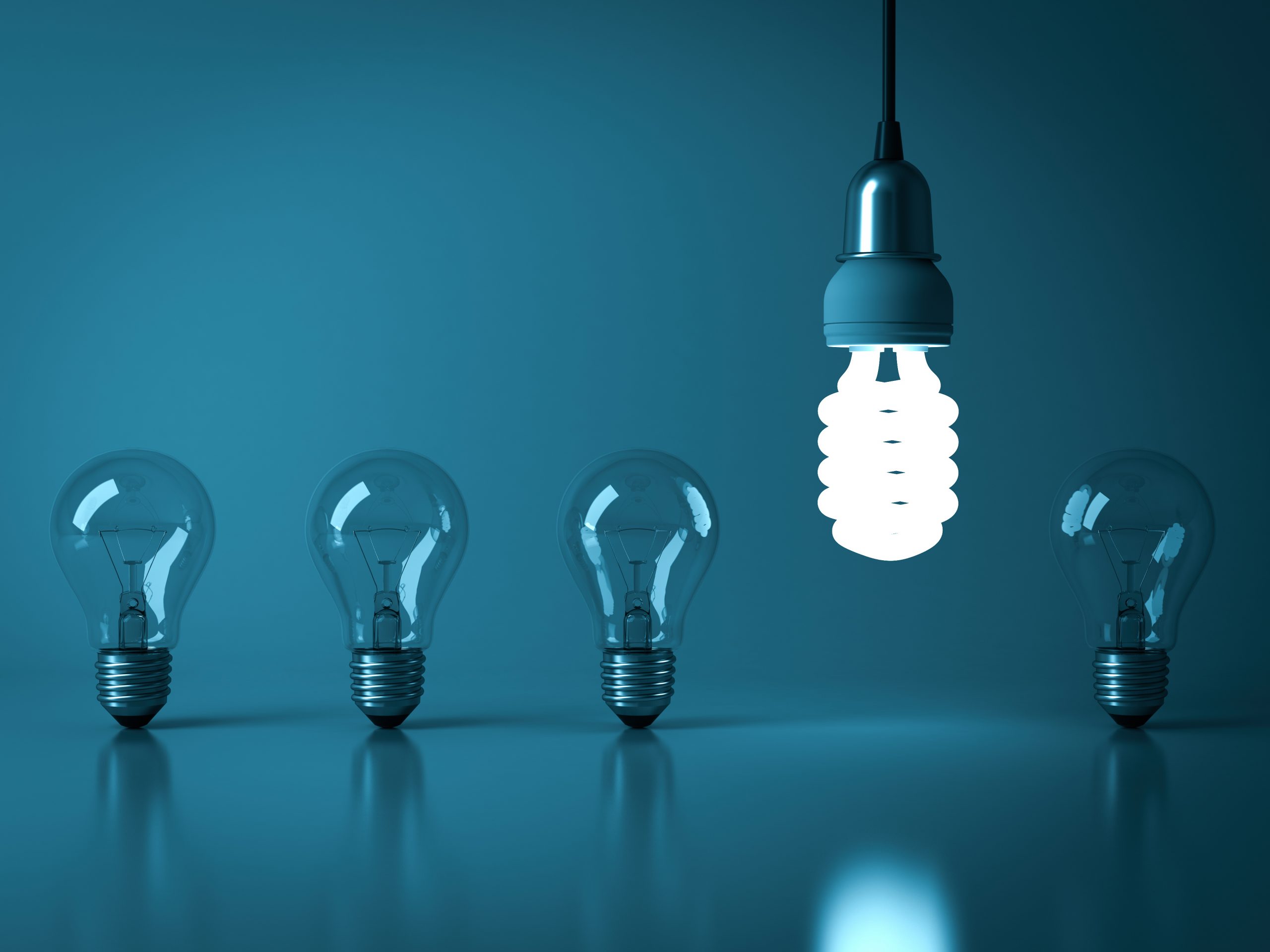 Can LED Lighting Help Save on your Electricity Bill?

Have you ever asked yourself: “Why is my electricity bill so high?” Don’t worry, you’re not alone, with many South Africans asking themselves the same tough question in today’s consumer conscious landscape.

With the current economic climate experiencing a major downturn, the actions of larger companies are hitting South Africans hard. This is especially noticeable when it comes to electricity, with analysts warning that it may soon become unaffordable.

South Africa already has the most expensive electricity out of all the BRICS countries and this is only expected to worsen in the coming years. As a result of our power crisis, we’ve gone from one of the cheapest in the world to more expensive than the majority of first world countries.

But is there an alternative solution that can help South Africans reduce their electricity bill? The answer is really quite simple: Change your light bulbs. The best and possibly easiest way to improve your energy efficiency is replacing your old light bulbs with LEDs.

So take the power of your home’s electricity into your own hands. Once you make the switch, you’ll be amazed by the difference it makes to your electricity bill. Here’s some of the advantages we’ve identified by changing out those power guzzling incandescent bulbs with LED lights.

The Current Situation in South Africa

Eskom is in trouble. We all know it and we are all worried. Supplying the transmission of power to our homes (approximately 90%), it’s fair to say we rely on them a lot not only as citizens but as consumers.

However, it’s no surprise that our national power supplier has experienced its fair share of scandal over the last 12 months. From a major double billing crisis in July 2017 where many of us were billed twice in the same month to recent talks of a 15% tariff hike each year for the next three years, Eskom’s R19 billion debt is signalling warning bells for already struggling South Africans.

In fact, this massive electricity tariff hike could see us paying about 20% more for electricity by 2019/20 and not much less in the two subsequent years. An even more shocking prediction, Business Live speculates that over the next three to four years, electricity prices could increase by a whopping 110%.

“By 2019/20 financial year expect a 30% electricity hike, followed by 50% the following year and 30% the other year. This is a reality. Eskom over the past 10 years has come out with a high tariff raising strategy which has enabled them to fleece the country’s economy of some R1.3 trillion.”

This has put a cloud of concern over the future of South African electricity prices. And the state-owned enterprise’s notorious electricity charges are not new. Over a period of 10 years, Eskom’s energy prices have increased by about 356%. As a result, it’s time for South Africans to start thinking about alternative solutions to their energy blues.

The Benefits of LED Light Bulbs

Generally, LEDs (running at 100% brightness) are much more energy efficient and eco-friendly than halogen lights. In turn, this makes them cheaper to run (80% cheaper to be exact). And how do we know this? Take a house with 60 lights running for 1.5 hours per day for instance. Depending on the type of lighting used, the annual household lighting costs differ considerably: These are significant savings and can only be made possible by changing over to LED lighting. So imagine, if these are the savings you’ll see within one year, think of the ongoing savings you’ll see over a 10 year period. So get your home ready now for the potential electricity price hike later on with LEDs. Smart lighting is an investment for your future and it’s never too late to make the switch.

When making better choices for your household energy consumption, it’s important to carefully consider the long-term impact before making a final decision. So although the upfront costs of LED lights is slightly higher, their energy efficiency and durability more than make up for this.

The return on investment for installing LEDs is much quicker because of their longevity and light emission per wattage. In fact, LEDs last four to five times longer than traditional lights, with the standard home typically replacing their lighting every two years.

Not only does this save you the effort of having to replace them often, it also makes them environmentally sustainable and allows you to see extra savings over time. So if you want to see the power of zero maintenance costs combined with lower electricity bills, make the change to LEDs for a brighter future.

Last but not least, if you want to increase the energy efficiency of your home take it one step further and install a smart lighting system. Thanks to MyPlace Africa’s MyLights Smart Home Lighting System, you’ll see further savings instantly, relieving some of the stress brought on by the current Eskom power crisis.

One way that our smart lighting system achieves this is through our MyECO button, which has the ability to adjust every LED light in your home. Automatically dimming all your lights, the MyECO button significantly reduces power consumption and therefore your energy bill. 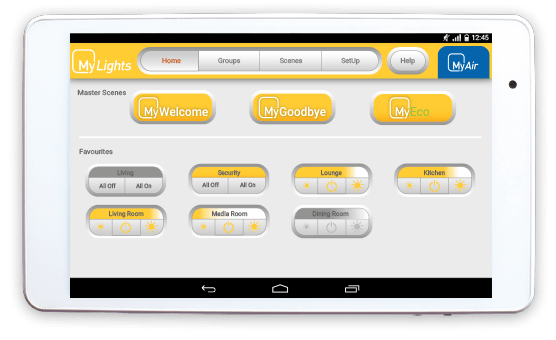 For example, if you dim your smart lights to 50%, you’re running near zero power, which means you’re saving money in the long run. The table below shows just how much you can save using the dimming function on the MyLights App (based on a home with 60 LED lights running for 1.5 hours per day): 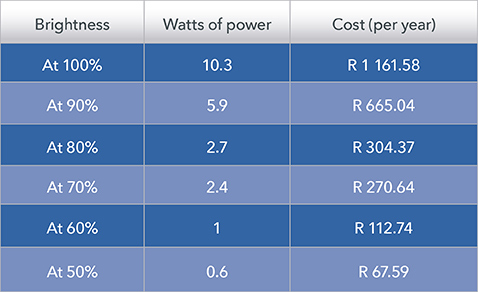 So while you’ll barely notice the difference in the room lighting, you’ll see a big drop in your power bill instantly. But it’s not just ongoing costs that provide you savings – MyLights is surprisingly cost effective to install for such a smart lighting solution. Whatsmore, no matter what lights or combination of lights you’re looking to install or upgrade in your home, you can benefit from the smart energy savings of MyLights.

South Africa’s electricity prices remain uncertain, but one thing we know for sure is that switching to smart LED lighting is an investment for your home’s future. For more information about our MyLights smart lighting system, contact us today.